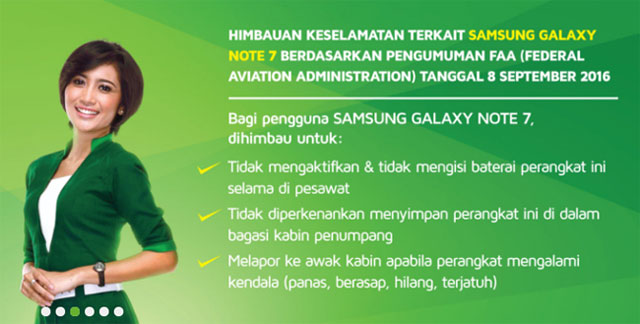 With all the attention given to the Galaxy Note 7, advisories regarding its handling for airlines require advisories that are clear and consistent for the sake of safety. Many Indonesian airlines have issued advisories/guidelines/rules regarding the Galaxy Note 7, and are mostly clear and consistent. However, this morning I was shocked when someone sent me the following picture, that includes a fatal error. 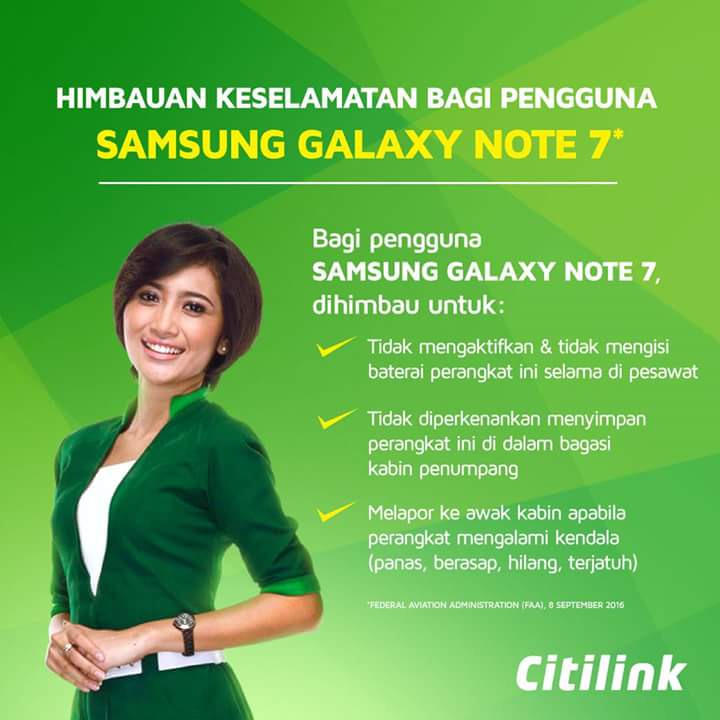 What’s wrong with this?

Have a look at the second point:

where is the problem? The use of the phrase “baggage in the cabin” in English is clear enough, but in Indonesian the context can be ambiguous as it means I am not allowed to stow it in a bag in the cabin, which means I have to carry it with me, or it gets stowed in my baggage that is not in the passenger cabin (ie: checked baggage that goes in the hold).

In the advisory, Citilink quoted the FAA’s statement on the Galaxy Note 7:

In light of recent incidents and concerns raised by Samsung about its Galaxy Note 7 devices, the Federal Aviation Administration strongly advises passengers not to turn on or charge these devices on board aircraft and not to stow them in any checked baggage.

In my opinion, this “inconsistency” comes from a chronic problem in understanding or translating English into Indonesian, which is an industry wide problem in aviation (and one that is hard to correct because when it comes to English, the “senior is always right” culture is quite strong). The advisory is also displayed at the airline’s web homepage: 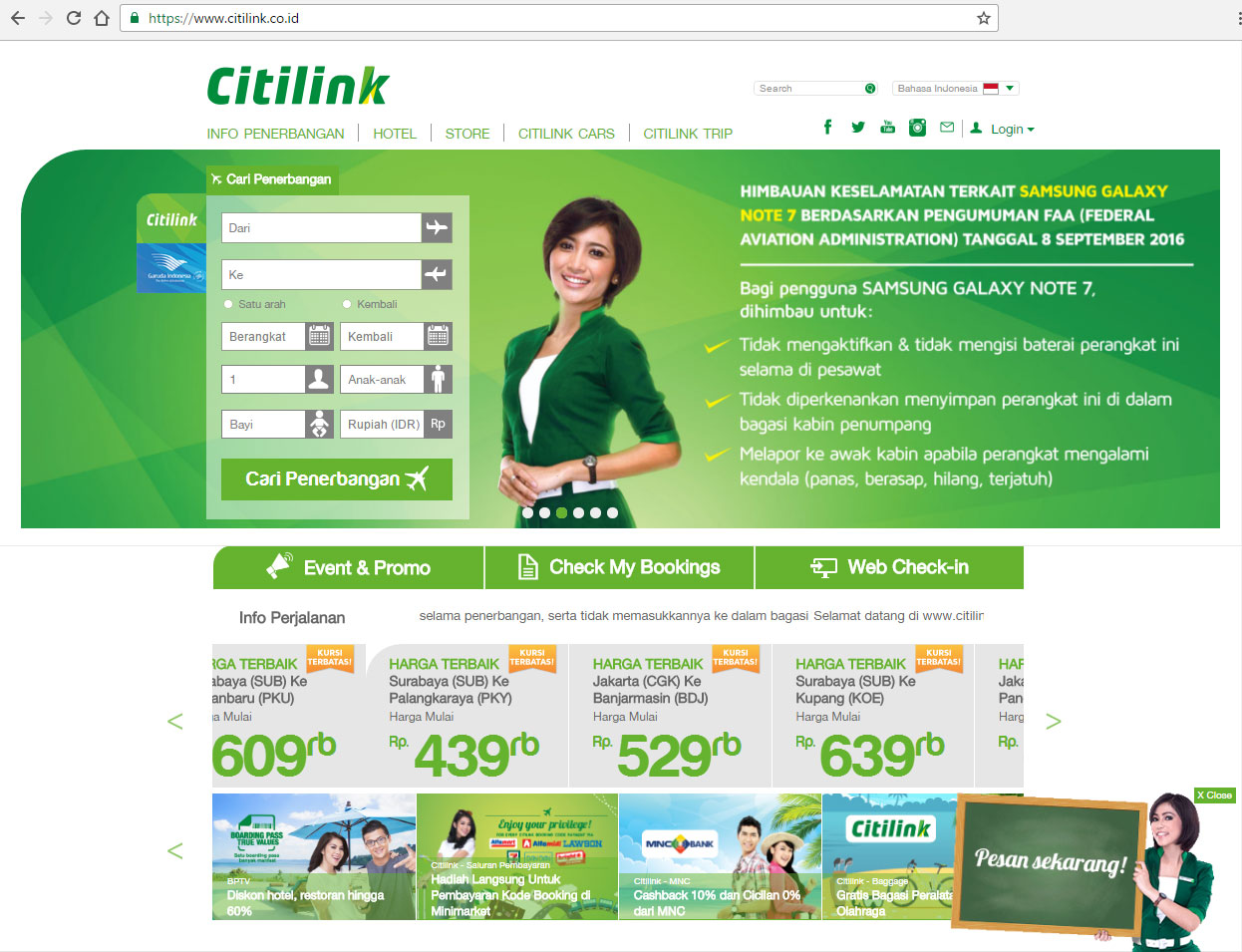 Ironically, the running text also contains the correct version of the advisory on the Galaxy Note 7:

In the interest of safety and security, Citilink Indonesia advises passengers to switch off all eletronic devices, especially the Samsung Galaxy Note 7, and to not charge batteries, during flight, and to not stow them in your baggage.

Baggage, in the absence of other words, normally means, checked baggage.

So now we have conflicting advisories on the SAME WEBPAGE!

For those interested, the Directorate General of Civil Aviation (DGCA) issued a circular on the first working day after the FAA statement (the Monday being the Eid-Al-Adha holiday), which, while in Indonesian, stated correctly that lithium batteries, power banks, and Samsung Galaxy Note 7, should not be stowed in checked luggage. 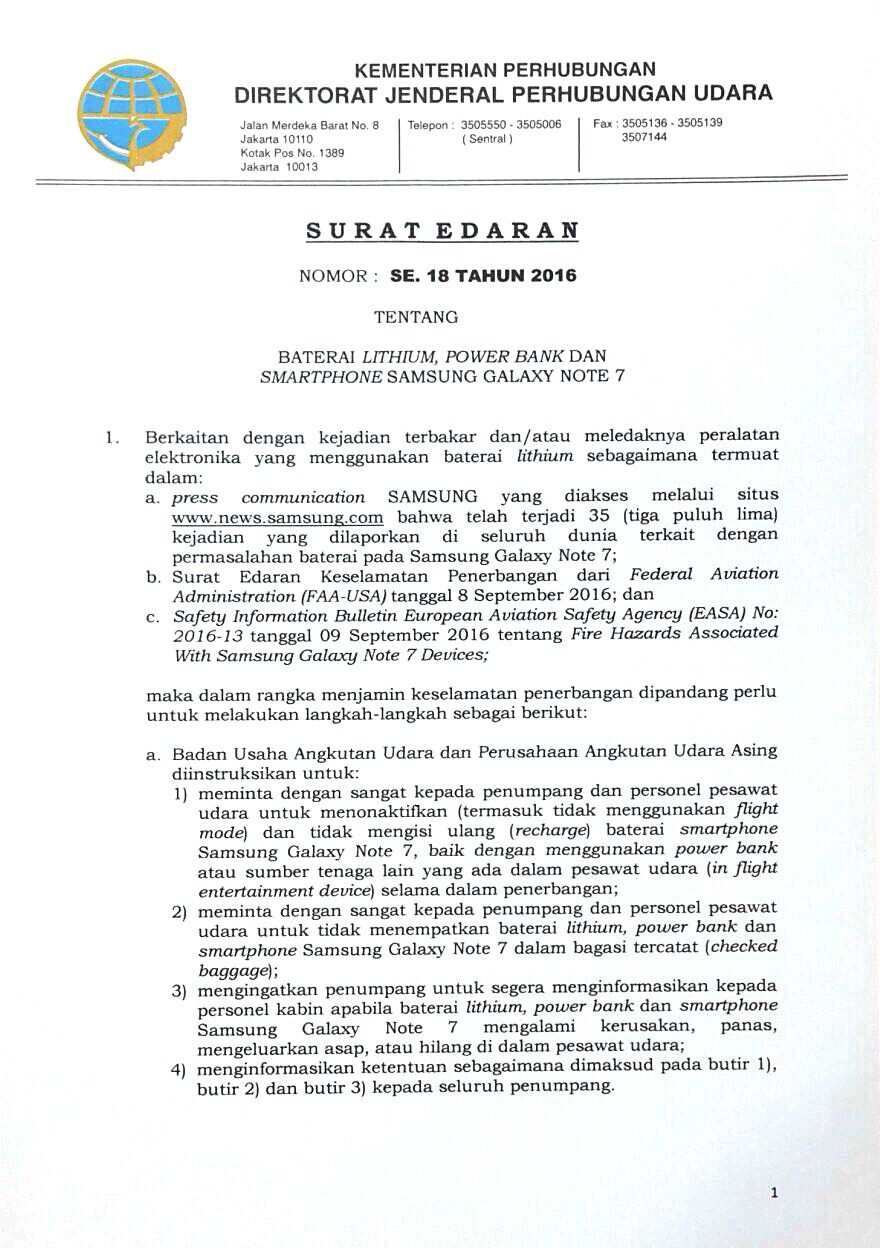 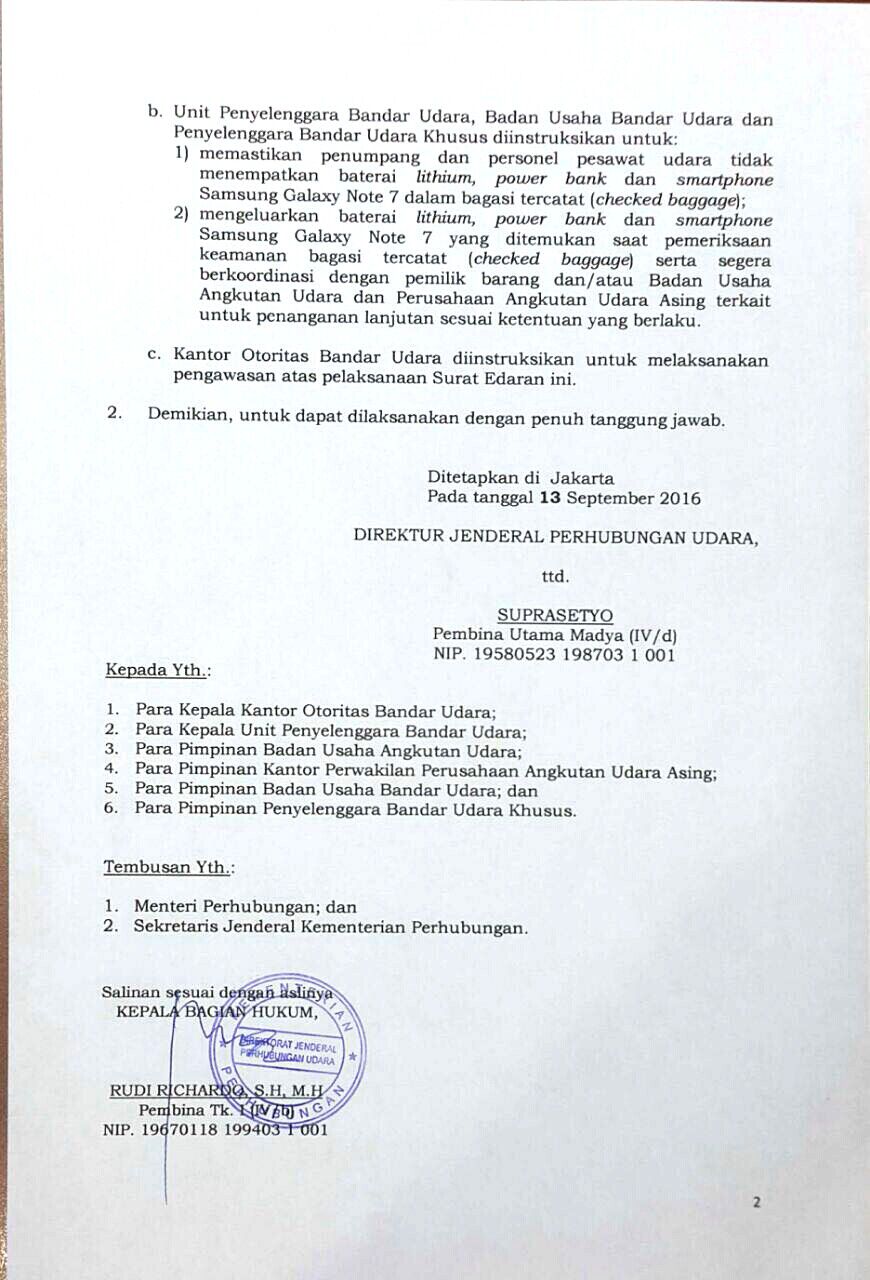 There is no ambiguity in the circular. However, the erroneous version issued by Citilink only started appearing today (27 September). Surely it would be better for Citilink to refer to the DGCA circular which is not in error rather than mistranslating the FAA statement. It would be wise for Citilink to expeditiously remove all erroneous advisories on this matter to prevent misunderstandings out on the field that could have fatal consequences, and to replace them with correct, consistent, and unambigious revised advisory, as soon as possible.