A fresh way to Scoot around? Yellow 777 or Yellow Scoopy? 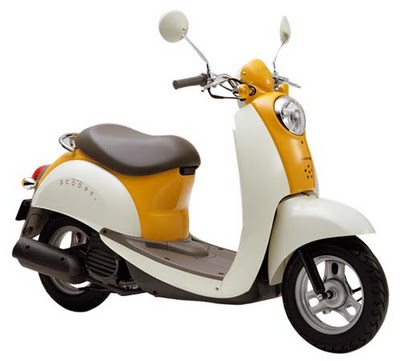 After looking at several online stuff on Scoot, the medium-long haul LCC arm of SQ, why do I feel that the whole concept is kinda stale, unexciting, and been done before?

The stuff that got me wondering immediately was:

Nothing fresh here is there…

Really… Come on! If I want to scoot around, I’ll go on a scooter… a Yellow Scoopy would do me just fine! (or perhaps a pink one just for fun!) And it looks a helluvalot FRESHER! 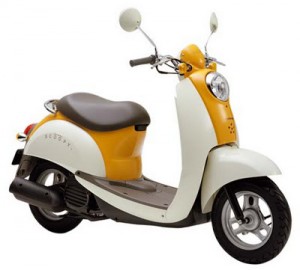 Now his is for Scooting around!
The Yellow Scoopy!
Maybe it’s the stiffness of SQ that made them think, “Oh Wow! This Scoot idea is so radical and cool!?!?!?” 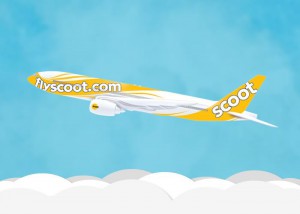 Really, you cannot be serious?
“Not your everyday airline?”, seen that one before, and more than once. Whenever some airline, chants that, it’s usually an LCC. Ryanair has that image with O’Leary’s crazy cheapskate PR stunts (but yes, it works).
EasyJet was perhaps the biggest user of the “different attitude” and “not your everyday airline” concept. In it’s Stelios days, EasyJet used such “new attitude” and out of the box mentality to run its flash mobs around in orange boiler suits at competitor’s inaugurals, or make bets on how much a competitor will lose money.
So, that worked, why not Scoot? Hey! Who said Scoot won’t work or will fail? I didn’t. I just found their concept as stale, and nothing new.
Everything it has said, sounds like copying Air Asia. Even Scoot’s half-sister Tiger has come up with better “tit-for-tat” one liner fights with Air Asia.
The last time some “try to be too radical” airline started up, it was some Dutch LCC based in Maastricht flying out of Niederrhein/Weeze (Germany), which encouraged their crew to be “radicaly different” (yes, FA candidates were told to paint their hair green or some un-invented colour!). That airline didn’t last long! These days, people barely remember V Bird airlines!
So, Tony Fernandez need to change his line from, “imitation is the greatest form of recognition” to “trying to hard to imitate makes you look stupid!” I wonder whether he agrees with me…
Note: No, I’m not being paid by Honda to write this blog! Honest!
2011-11-17