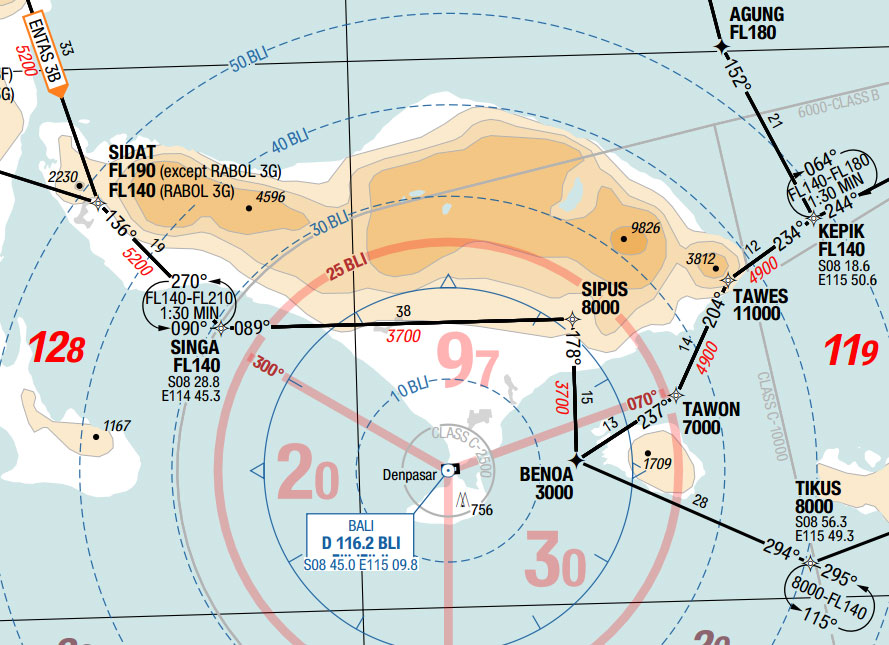 I didn’t think I need to write about this allegation of a near miss between flights GIA340 and LNI960, but since Straits Times quoted this site, I thought I need to make the English version and explain my views.

So the bad weather on 10 February 2015 over Bali was pretty bad. I wrote an alert article on it (CLICK HERE). The next day, a WhatsApp broadcast was circulating around alleging that flights GIA340 and LNI960 had a near-miss based on data from Flightradar24. I was disturbed because to use the replay feature on the site to determine whether or not a near-miss happened, is an extremely risky idea because there is a lack of accurate timestamp.

The broadcast went along an expected line of “due to the bad weather” causing airplanes to hold en-masse while waiting for the weather to clear up. However the choice of language used was rather sensationalistic, so I was naturally skeptical. However since I wrote the alert article and was asked and quoted by Detik.com on the weather pile up, I had to take a closer look.

Looking at the replay at Flightradar24 it was quickly apparent that the 2 flights were holding at the same time at waypoint SINGA (ironically, it means “Lion”). Like the broadcast said, it does appear that the two aircraft had come as close as 400 feet apart vertically while below 5 nautical miles horizontally. The usual separation criteria in Indonesia is 1000ft and 5 nautical miles (3 miles for final approach).

Now before anyone jumps to conclude that, “oh yes the near-miss happened”, I need to warn everyone that whilst the replay function is fun to use, it is potentially very misleading to use it to analyse near-misses.

Anyone seriously analyzing this event should be aware and understand that the general replay feature feature provided by Flightradar24 is accurate to only 1 update per 60 seconds. There is however a replay per flight, that can provide several positions of an individual aircraft within that 1 minute, but no information where within that minute the position was is given. ADS-B information transmitted by the aircraft is once very 2-3 seconds. Now I went through the area and individual aircraft replay again and again, and it seems to have shown the 400 feet separation. But let me show you the weakness of this method.

The table on the right shows the altitudes provided by the individual replays of GIA340 and LNI960. It is also obvious that no information on the seconds within the minute is given.

This kind of data is acceptable for seeing what one particular aircraft is doing, but for 2 aircraft? There is no method of knowing if these data were transmitted and received concurrently, or with how many seconds in between? I know this issue because I have compared Flightradar24 replays with ADS-B data logs before. The latter, gives the timestamps in seconds.

For example, we don’t know if when GIA340 was at 16300 feet, was LN960 at 16000ft, 15900ft or 15400ft? The lack of timestamp in seconds in this method, makes it useless. The 16300ft position could have been transmitted at 6:28:18 or 6:28:59 for all we know. I am not kidding when it comes to this timestamp issue because I have seen ADS-B raw data with the interval inconsistency from an enthusiast grade ADS-B receiver used by hobbyist and data feeders to sites such as Flightradar24. Don’t get me wrong, this stuff is awesome, but let’s not forget about it’s limitations.

Now, I am not saying that the near-miss didn’t happen, but I am writing to emphasize the risk of being mislead when using this method which is grossly inadequate. What may have happened could have simply been a minor breakdown of separation (or minor loss of separation). 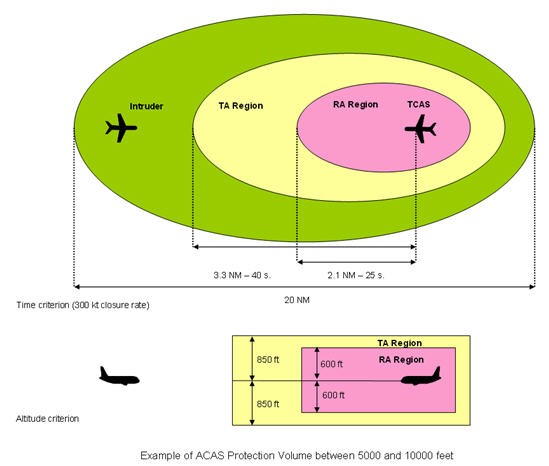 Another thing that is unclear is the identity of the news broadcast originator. Who is this person who claimed seeing the other plane being “extremely close”? Is this person familiar in seeing other aircraft within a holding pattern? Is this person trained to gauge or experienced in gauging the distance to another flying aircraft by sight?

The broadcast also claimed that “off the record” the pilot said that the TCAS was giving out “traffic alarms ordering the pilots to take avoidance action.” Unfortunately the wording used makes it ambiguous whether the TCAS gave a Traffic Advisory or a Resolution Advisory, the latter of which needs to be followed by evasive maneuvers. The current TCAS (also referred to as ACAS), doesn’t give out advisories based on distance, but based on “time to impact” within the horizontal plain, and altitude difference on the vertical plane.

For those who have never seen another aircraft within the same holding patter as the airplane you’re flying on, please have a look at this video:

I am also rather picky with the difference between Loss of Separation, and a Near-Miss, the latter, in my opinion, are real near-misses (or near-hits), such as this:

Coming back to this allegation of a near-miss, Detik.com did ask me for my comments on this, however I stated that whilst the replay may have showed a near-miss, for the same reasons I stated above, the information available then, was too risky to be used to determine if a near miss happened, and that it might have just been a basic Loss of Separation. I myself was waiting for the ADS-B raw data or data logs from the ADS-B community, at the time I wrote the Indonesian version of this article.

What’s funny is that Detik.com also put out 2 other articles of interest surrounding this allegation of a near miss, quoting 2 sources from the relevant authorities.

“Yes, a passenger felt that it was a near collision. Below 1000 feet separation an alarm would sound. Yesterday they were separated by 700 feet, or about 200 meters.”

(The Director General stated,) “We checked the radar recordings, and the allegation is incorrect,” when contacted by detikcom on Thursday (11/2/2016).

According to Suprasetyo (Director-General), both aircraft were waiting to land at Denpasar airport. “Both aircraft were adequately separated at 2000 feet. The minimum (vertical) separation is 1000feet.”

OK, someone help me out here! Which one is correct? My current conclusions until I receive data that is usable for determining if a near-miss happened, or until official statements made by the relevant authorities are not conflicting, if you ask me whether this near-miss happened or not, I can only answer: Heck, who knows!