If it was a rocket fairing, why didn’t it burn up on re-entry? 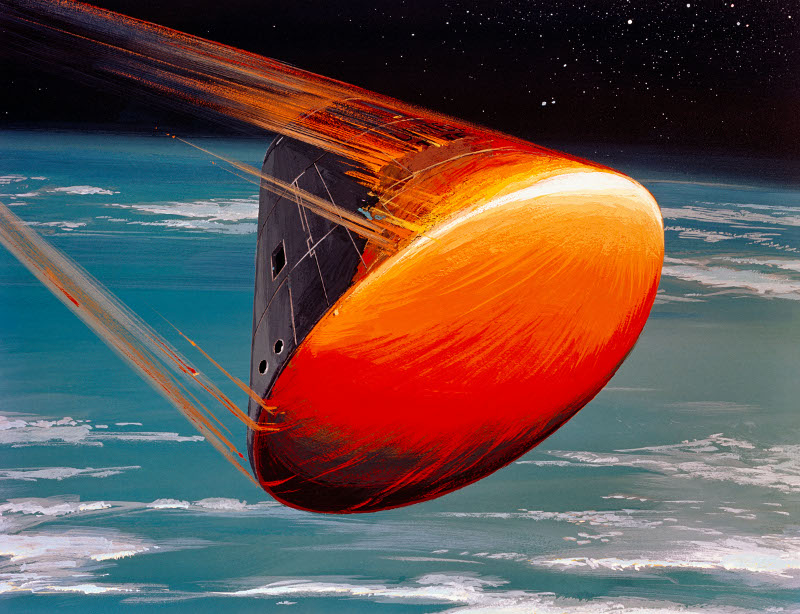 H2As soon as my last article was put online, someone asked me, “If it’s space debris, surely it would have burnt up upon re-entry. I mean it’s a payload fairing right?”

Yes, it’s a payload fairing, and it’s designed to protect the payload (satellites, etc) on their way up through the atmosphere. Now we’ve know all about heat upon re-entry, so why didn’t it burn up? The simpe answer is:

Orbital vehicles travel at enormous speeds. They do this in order to stay in orbit and use their momentum to not be pulled back down to earth by gravity. The International Space Station is at a low earth orbit of 400 kilometers (above earth surface) and travelling at about 7.66 kilometers per second (or 27,700 kilometers/hour). At geostationary orbits (at 35,786 kilometers above earth surface), satellites travel at around  3.1 km/s. The H2 rocket payload fairings come off at about 201 kilometers above the earth’s surface, just after it escapes the atmosphere. Orbital speed at around 200 kilometers is just under 7.8 km/s.

The fairing is ejected at very low orbital speed, and the fairing would simply fall back to earth. Given it’s very low speed, it won’t have the super hot plasma-inducing friction heat like we see on common orbital re-entry. The fairings themselves would simply create drag by it’s own shape keeping its speed slow as they come down. There would still be damage from sonic shockwaves (speed of sound is very slow up there), and eventually aerodynamic stress joins the fray and break the fairing into several pieces.

Given the H2 rocket launch trajectory above, the location of the fairing ejection would stiill be very close to Japan. From there, it’s a matter of where it landed precisely and what were the predominant oceanic currents head.

There has a lot of these being reported over the years. If you’re interested to find out more on these, I strongly suggest you read Paul D. Maley’s Space Debris page (click to go there). I was amazed at how much have come down and reported from these launches over the years. I’m glad someone kept track of some if not all of them.